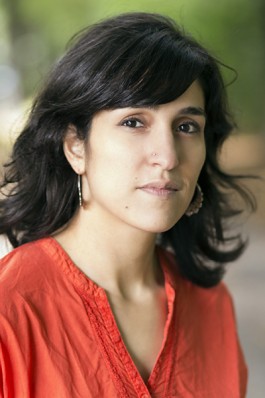 Susan Gordanshekan is a German filmmaker of Iranian origins. She first studied Communication Design in Germany and France (specializing in video and multimedia-design), but in the course of her studies she realized that her real passion was to make films. After working for a German broadcaster and a film production company in Berlin, she decided to study film at the University of Television and Film in Munich.

Over the years, she has made several documentaries and three short fiction films. Notably, her documentary GARÇONS MANQUÉS and the short fiction EISBLUMEN were screened at numerous films festivals worldwide and won several prizes. EISBLUMEN premiered at 61. BERLINALE.

In 2013/14 Susan attended as one of six international filmmakers the 27th session of Cinéfondation Residence of Festival de Cannes where she developed her first feature film DIE DEFEKTE KATZE. In 2015 she took part at Berlinale Talents Training Programme.

In 2022, Gordanshekan shot two series on behalf of ZDF: two of four episodes of the mini-series MENSUR, which was produced in co-production with ZDF- Das Kleine Fernsehspiel, and three episodes of the crime series SOKO Potsdam. She is also currently developing her second feature film.

Since 2020 Susan is a jury member for national film funding of the federal ministry of culture and media ( Bundesministerium für Kultur und Medien).